An odd quest perhaps: but adding album art to an MP3 (in ID3 tags) is readily doable with the KTaglib extension for PHP.  Once you have it, you can use a script like this to add artwork to an MP3:

Assuming no exceptions are thrown, this should allow you to set an image of your choosing as a FrontCover image  (of course replacing my example values with your own real values), consult the KTaglib documentation for more details and check “Predefined Constants” for the other image types.

This week I was working on a computer that was having problems with it’s hard drive.  I could get it to start once, and then it would fail to start up again.  As you can imagine, the drive had some bad sectors, but the people I was fixing this for could not afford another $60 expense to replace the drive.  So I had to try to find a way to fix the computer without replacing the drive.

And that’s when I learned this: Before you throw out a drive with bad sectors, try to run the manufacturers test and repair utilities on the hard drive.  Western Digital has its Digital Lifeguard software and I’m sure Seagate has a similar tool.  If you can attempt a repair with it, try the repair option.  If the repair fails, then you will likely need to get a new hard drive unfortunately.  Hopefully this will help you wring another couple of months out of your drive.  (Who knows, it may work for years after you do so.)

I made a pretty normal trip to jlist (an online shop selling all manner of things Japanese) and for some reason thought: I bet I could change this store layout with Greasemonkey!  With a couple of hours of fiddling, I had managed to create a script that took their HTML and mangled it to my bidding.  That makes me sound kinda evil doesn’t it? At any rate, you can do some pretty impressive stuff to a page with just JavaScript.  So you can poke it and whatnot fairly easily, I’m providing both in this zip file: jlist condensing greasemonkey scripts

By default, when browsing by category, everything in is shown vertically with text and pictures.  I wanted to browse without scrolling so much, so at first I made this a greasemonkey userscript called “jlist-condense.user.js” and here’s the result with that one: 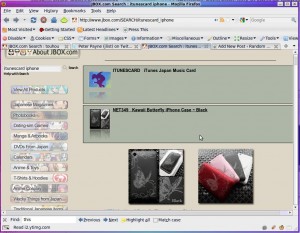 JList with the first condensing script

So, I decided to continue playing around with the script and then made a “super-condensed” version that uses even less space.  It would break on things that don’t have pictures at the moment btw, but most everything on jlist does have a picture. Further, I was just me messing around with Greasemonkey script shenanigans.  All it is is product image with a reflection (because I can) that you can mouse over for the title and click to view the full product descriptions. 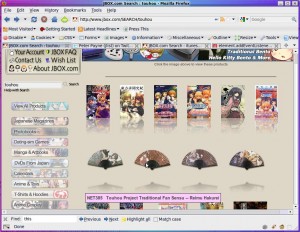