Day 3’s script: `whatis`: A wikipedia summary lookup.  It’s operation is pretty straightforward, you give it a search to do and it’ll perform the lookup for you.  If you hit a redirect it should follow it, at least as of time of writing this. (Edit whatis_extract.xsl in the resources directory if it breaks.)Output isn’t word-wrapped, though I may fix that later.

If there’s no exact title match, the script will instead perform a search and try to list some potential alternative searches. An example of this can be seen in the screenshot attached to this post. To check out the code, as with the other script-a-day projects, check out the repo. 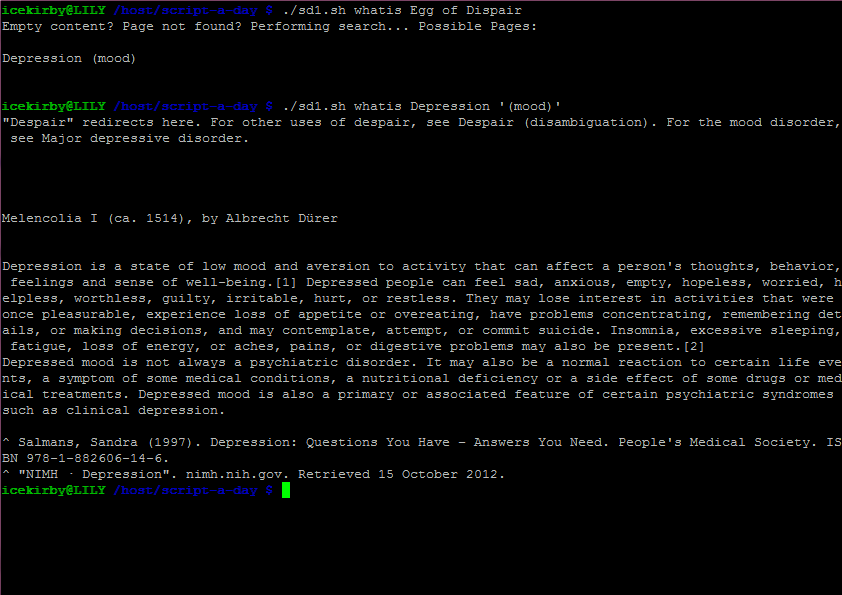