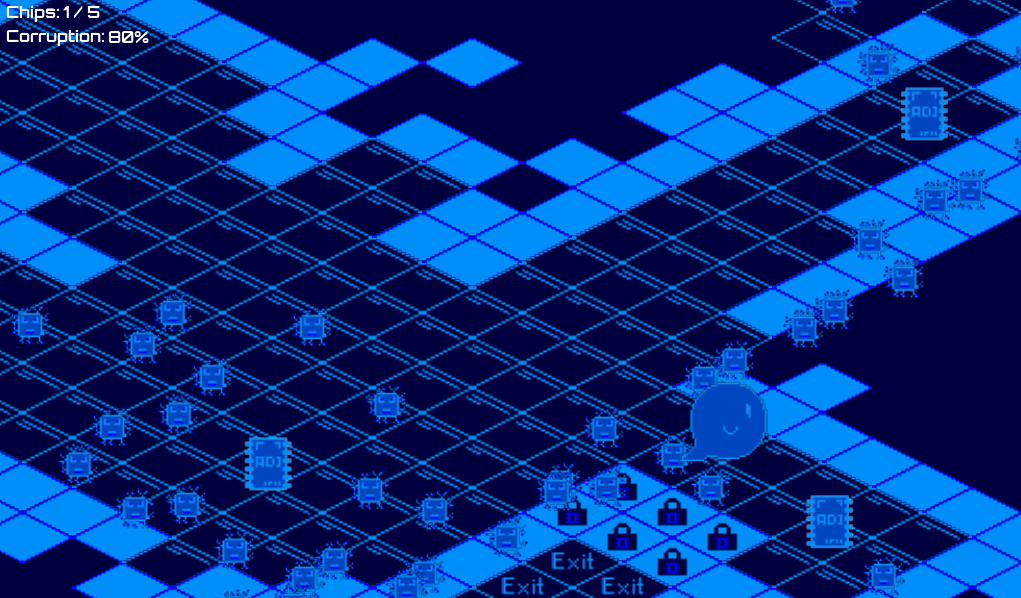 That’s basically how my latest project came to be: DigiGhost (v0.1). Another Godot project. You play as-a-not-particularly-maneuverable ghost in the machine.  A digital machine with roving malicious viruses. A digital ghost that has to collect chips and avoid getting too corrupted by said viruses.

To kind of help get the kids involved, I let them design the levels… and they got pretty evil while they were at it.  It appears to carry a certain amount of pride to create a level that is difficult to beat.  The youngest wanted the viruses to give chase as soon as you came near, and mercilessly pursue you until you died.  I appreciated the thought, but decided that being able to actually clear the stages might be a good idea.

I can attest that they are all beatable.  Just need to be selective in which viruses you plow into sometimes. No music, or pausing, but there are some bfxr sound effects.

Download link: https://s3.amazonaws.com/rrbits/digighost.html [Note: At time of writing, I appear to have mistakenly given the Linux executables zip extensions.  I believe they are, in fact, directly executable with no need to extract them. Just chmod and away you go.]